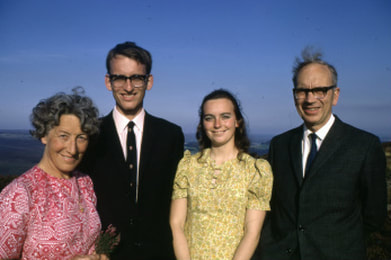 I was born in York in 1947, under the shadow of York Minster. I was fortunate to be brought up in such a beautiful city

My Dad worked for a local building firm. Mum was fully occupied bringing up myself and my sister Margaret. 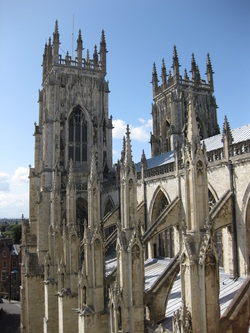 After my 11 plus I was fortunate to win a place at St Peter's.

I had no special dramatic or sporting skills. I was persuaded, though, to take up the double bass by a friend who was starting a jazz group. The school would lend me their instrument as long as I had lessons; but the only possible teacher taught the violin. He and I soon found a shared interest in the Lake District which took up most of my lessons. The jazz group once went for an audition to offer interval music at the Theatre Royal, but we were not successful.

We contrived to set up a Walking Group, which explored the North York Moors twice a week as a civilised alternative to playing hockey or cricket.

My greatest love was mathematics. Aided by some outstanding teachers I won a place at Cambridge University.
Powered by